Prime Ministers of Latvia, Lithuania and Estonia highlight the need to enhance NATO presence in the Baltic region "We unanimously condemn Russia’s aggressive, cruel and inhuman war in Ukraine. We are convinced that peace can be achieved with Ukraine’s victory in this war. Ukraine needs two things to achieve this - Western support in the military field, including heavy weapons, and extended sanctions on the Russian economy by applying them to all banks and energy exports, thereby cutting off the financial flows to the Kremlin, which are funding its war machinery," said K.Kariņš.

The Prime Minister also stated that Russia’s war in Ukraine clearly demonstrates the need to continue strengthening the defence capabilities of the region. "Latvia, Lithuania and Estonia are already making efforts, first by increasing their defence budgets to 2.5 % of GDP and, second, by requiring not only a permanent NATO presence in the region, but also substantial strengthening of the presence, which is based on a deterrence approach, namely that our ability to defend and win would be explicit," said K. Kariņš.

The Baltic Prime Ministers also discussed the strengthening of cooperation in the field of energy. "Neither Latvia, nor Estonia or Lithuania are buying Russia’s gas today and we are working together to ensure that we do not need to do so anymore. The key word here is cooperation. It is essential to ensure that through joint efforts we are able not only to completely abandon Russia’s gas and the related possible levers of political influence, but also to provide our citizens and businesses with secure and cost-competitive energy," said K. Kariņš.

The Baltic Prime Ministers also agreed on a joint statement condemning Russia’s attack on Ukraine and demanding its suspension, expressing strong support for Ukraine and highlighting the need to strengthen NATO presence in the Baltic region.

The Baltic Council of Ministers (BCM), established on 13 June 1994, is an institution for governmental co-operation between Latvia, Lithuania and Estonia. The meeting of the Heads of Government, which takes place at least once a year, is the highest decision-making body of the Baltic Council of Ministers. This year Latvia holds the presidency in this format, the previous presidency was in 2019.

Joint statement of the Prime Ministers of the Baltic States 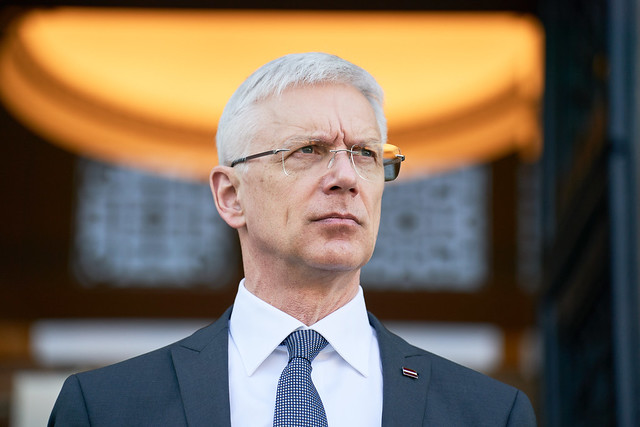 Latvia to Host Meeting of the Baltic Prime Ministers