"We need to end our common dependence on Russian energy sources. This can be done by everyone working together and cooperating – on developing interconnections and renewable energy source projects, and on improving regulation at the national and European level to allow new energy projects to be implemented more quickly," underlined Krišjānis Kariņš.

The Prime Minister pointed out that countries should work together in the same spirit and determination to strengthen energy independence as they have done to provide comprehensive support to Ukraine, which is fighting for its freedom in the brutal war launched by Russia.

The leaders of the Baltic Sea countries also agreed and signed the Marienborg Declaration at the summit, which expresses the commitment of the countries surrounding the Baltic Sea to strengthen energy cooperation in order to end dependence on Russian fossil fuels as soon as possible, while promoting climate neutrality in the EU.

This is to be achieved by increasing the volume of fuel imported by sea, including liquefied natural gas (LNG), liquefied biogas (LBG), developing offshore wind energy in the Baltic Sea region and exploring the development of joint cross-border renewable energy projects.

To achieve this, the leaders agreed to strengthen cooperation at the political level among the Member States around the Baltic Sea regarding energy security including by accelerating renewable energy supply

The full text of the declaration is available on the website of the Cabinet of Ministers here. 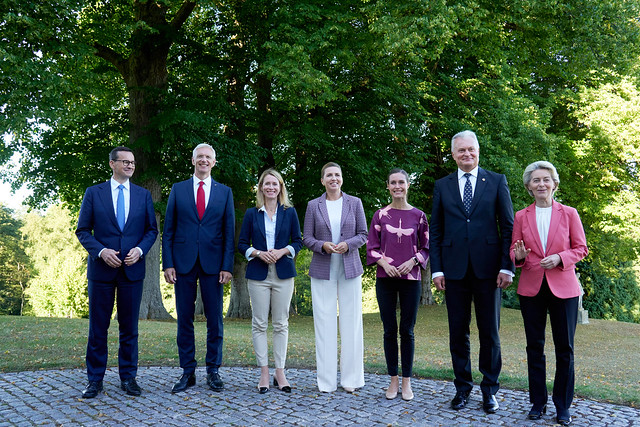