Kariņš: Denmark’s commitment to send additional 800 soldiers to Latvia is an important contribution to strengthening defence capabilities of Latvia and the region "Denmark’s commitment to send additional 800 soldiers to Latvia is a very important decision –  it clearly demonstrates for the entire world and Putin’s regime in Russia that NATO is united not only in words, but also in deeds, as we strengthen each other. Over the years, Latvia has participated in various NATO missions around the world, helping our friends and allies. Now we see that the allies are stepping in to support us. We highly appreciate Denmark’s contribution to the strengthening of NATO’s Eastern flank by reinforcing the defence capabilities of Latvia and the region as a whole," said K. Kariņš, by noting that the decisions of NATO member states to strengthen their defence individually are also significant. Latvia is committed to increase its defence funding to 2.5 % of GDP by 2025.

"Ukrainians want to enjoy the rights we already have in Latvia and Denmark. These are fundamental rights: freedom, democracy and the rule of law. It is important not only to talk about these values, but also to be strong and ready to defend them, like Ukraine is currently doing. The Putin regime’s attack is barbaric, brutal and criminal. This must be stopped. We must, by using economic instruments, deprive Putin of the opportunity to sustain this war and restore the army so that he cannot continue his aggression against democracy," said Kariņš.

The Heads of Government of Latvia and Denmark also discussed economic cooperation between the two countries, including the reduction of energy dependence on fossil energy sources originating in Russia. The Prime Minister emphasized that Latvia and Denmark share common interests, as Latvia is interested in the development of wind parks, while the Danish companies have a great deal of expertise in developing capacity of wind energy. 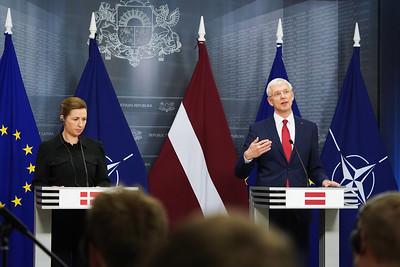 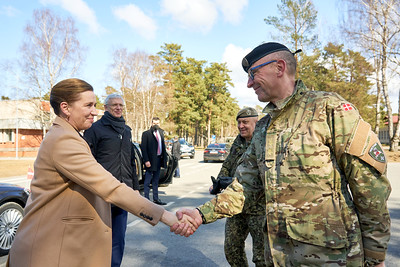