Prime Minister: Canada's decision to continue to discharge the obligations of NATO's framework nation in Latvia is the best gift for the centenary

During the meeting, the officials discussed cooperation between the two countries, with a special focus on strengthening security and economic development issues. Canada is a significant cooperation partner for Latvia within the framework bilateral and transatlantic partnership. The intensity of visits has significantly increased over recent years at both the governmental and parliamentary level, as well as at expert level.

M. Kučinskis welcomed the contribution of Canada and its military staff to the fulfilment of obligations of the NATO’s framework nation in Latvia – this is a strong signal for deterrence and solidarity. During his visit to Rīga, the Canadian Prime Minister confirmed that Canada will further discharge the duties of the NATO’s framework nation in Latvia by extending this period for next four years.

“Canada's decision to continue discharging the duties of the NATO’s framework nation in Latvia by extending this period is the best gift for the century of Latvia - it is important for the people to know that the country in which they live is safe," said M. Kučinskis.

With regard the forthcoming NATO summit, it has been pointed out that it should further implement the decision taken in Wales and Warsaw and set out precisely future tasks. The Prime Minister stressed that the future presence of NATO in the region requires decisions regarding the support from naval and air forces. He welcomed the fact that the EU-NATO cooperation is one of the central issues on the agenda of the NATO summit, with particular emphasis on military mobility.

"We support NATO's policy towards Russia - there is no reason to be obliging towards Russia while it does not change its behaviour," emphasized M. Kučinskis.

The two parties agreed on the need to further strengthen security, cyber defence and work in the area of artificial intelligence.

Latvia supports the joint, strategic and decisive action of the EU and NATO in the fight against disinformation. Canada's decision to join the NATO Strategic Communications Centre of Excellence is thereby welcomed.

“We are aware of disinformation threats to the parliamentary elections in October. We work with NGOs and the media to quickly and effectively prevent and repress the threats imposed by Russia and prevent interference in electoral processes," said the Prime Minister.

As regards economic development, M. Kučinskis pointed out that the European Union (EU) - Canada Comprehensive Economic and Trade Agreement (CETA) plays a geopolitical and economic role in relations between our countries.

J. Trudeau praised the fact that Latvia that was the first EU country to ratify this treaty. The Prime Minister noted that Latvian entrepreneurs are already able to benefit from the advantages of the agreement - new export opportunities, improved rules on market access, reduced barriers to trade, access to the public procurement market, and easier administrative procedures for exporting goods and services.

"Since the conclusion of the agreement, the trade turnover between our countries has gradually increased. Trade statistics were also significantly influenced by the deal of national airline "Air Baltic" and "Bombardier", said M. Kučinskis.

The organizing of the Canadian entrepreneurs' mission to Latvia would further enhance contacts between entrepreneurs of the two countries. 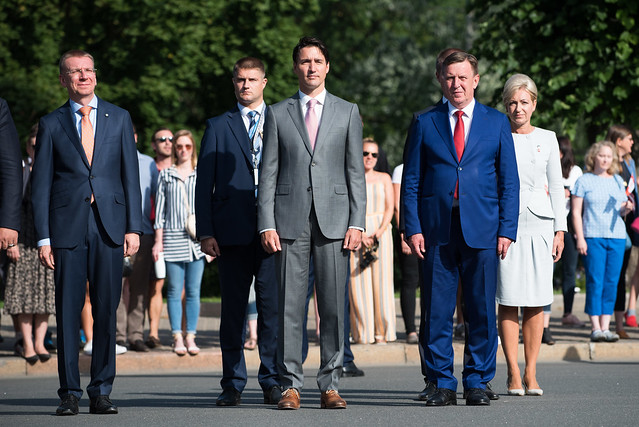 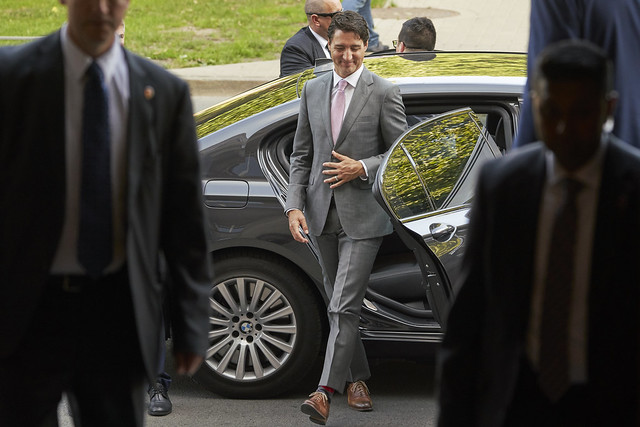 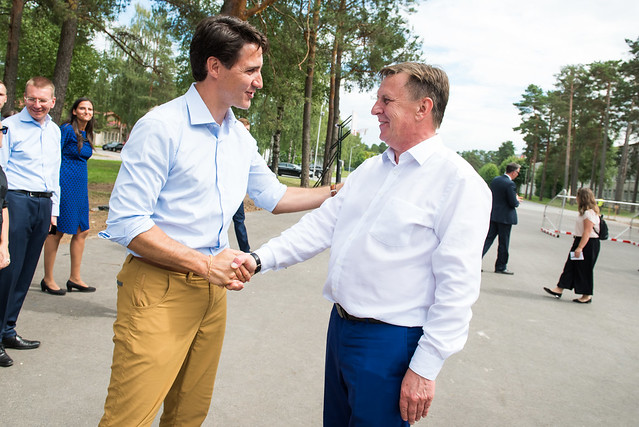 The website has been developed in conformity with the conditions of the Grant Agreement of the European Commission No. ECFIN-105-2013-SI2.651674 "Communication Activities Relating to the Euro Changeover in Latvia".
A reference to the State Chancellery of the Republic of Latvia is compulsory when the document is republished
Last updates in page 11.07.2020
© Valsts kanceleja, 2014